CUTE (Common Use Terminal  Equipment) and CUSS (Common Use Self Service) are priorities for the aviation industry, as airlines and airports invest in sharing assets that create more efficiencies for passengers and operators alike. What exactly are CUTE and CUSS, and how can they create efficiencies?

What are CUTE and CUSS? END_OF_DOCUMENT_TOKEN_TO_BE_REPLACED 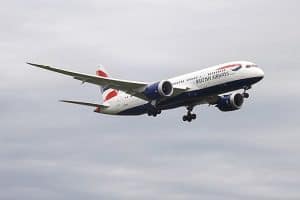 As regional airports continue to face challenges related to their growth and success, what impact have new aircraft had on their operating model?

There is a massive increasing demand for regional airports from passengers. The convenience of having an airport closer to home, as well as the attractive pricing of low budget airlines and the expansion of routes, have allowed regional airports to increase their market share worldwide. But what’s next for regional airports, and how has the new aircraft being introduced affected them?

It’s been another successful year for AiQ as we focused on issues critical to airports and airlines, cementing our reputation as a trusted partner in airport consultancy to worldwide operators, suppliers and stakeholders.

As we review the year we’ll look at our own team highlights, as well as our case studies, news and projects.

END_OF_DOCUMENT_TOKEN_TO_BE_REPLACED 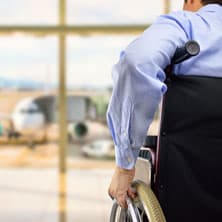 A great article in International Airport Review recently highlighted the definition of Passengers with Restricted Mobility (PRM) and their rights.

As a number of our past and current projects have looked in depth at the journey of PRMs throughout an airport, and how they must be considered when looking at capacity and passenger flow, we found this to be an illuminating insight. END_OF_DOCUMENT_TOKEN_TO_BE_REPLACED 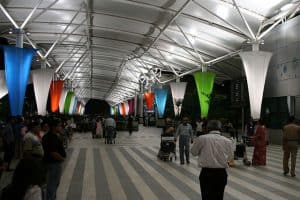 There have been many positive developments in the India’s fast-moving civil aviation sector. The National Civil Aviation Policy (NCAP) has finally been put into place and India has emerged as the fastest growing aviation market in the world. Currently ranked ninth, India is predicted to rise to third largest within two to three years.

Passenger traffic has increased by 17.6 percent in 2015-16 and growth is being maintained in 2016-17, with traffic growing at 19.1 percent during the period April to November. According to AAI (Airports Authority of India), over the next two years, traffic is projected to grow at 14 percent per annum to reach 290 million by 2017-18.

This staggering growth has had a number impact on the numbers connected with the aviation industry in India:

END_OF_DOCUMENT_TOKEN_TO_BE_REPLACED 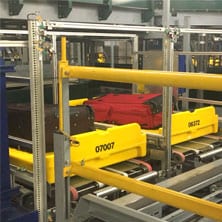 Airports are under increasing pressure to provide more efficient Hold Baggage Screening (HBS). Whilst the space and capacity available to airports remains fixed, the needs of passengers and airlines are growing as the number of passengers travelling through airports rises year on year.

AiQ Consulting have been able to work with several leading airport operators and contractors in order to improve Hold Baggage Screening at some of the world’s busiest airports. Our experienced team, along with our bespoke modeling tools and stakeholder management skills, has seen us recognised as an worldwide authority in baggage systems.

END_OF_DOCUMENT_TOKEN_TO_BE_REPLACED 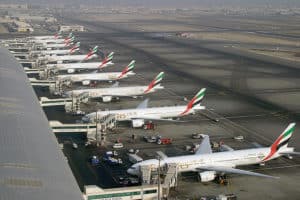 The recent plane crash at Dubai International Airport, as well as several incidents involving IT systems disruption and protests at London airports, have all served to highlight the need for robust contingency planning in all airports worldwide. END_OF_DOCUMENT_TOKEN_TO_BE_REPLACED 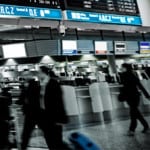 India’s aviation industry is in need of some fast-moving and efficient solutions to tackle their growing airport capacity problems.  The region has seen exponential growth over recent decades, with the volume of passenger traffic trebling in the last ten years. In fact, the increase in passenger traffic between 2001 and 2011 was three times the growth that had been achieved in the previous 50 years. A similar increase is predicted over the next decade.

Most airports in India are coming within reach of their existing capacities, if they haven’t already, and the country urgently needs new facilities and airports to ensure that the network can keep up with demand. But why has India got such a constrained network of airports? And what can be done to ensure that capacity is not an issue?

END_OF_DOCUMENT_TOKEN_TO_BE_REPLACED 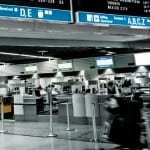 All airports and airport operators should be aware of the upgrade needed in order to comply with Hold Baggage Screening Standard 3, which comes into force in 2018. This framework, regulated by the ECAC (European Civil Aviation Conference), requires airports to achieve detection levels only provided by CAT (Computed Axial Tomography) type detectors.

END_OF_DOCUMENT_TOKEN_TO_BE_REPLACED

A few weeks ago Colin Matthews, the Chief Executive of Heathrow, wrote in the Telegraph about how the airport, and the UK’s export trade, is missing out on connections to growth regions while the debate about airport expansion rumbles on.

“To meet its potential, Britain needs to be connected with the regions where growth is surging ahead – and that means emerging markets in Asia, Latin America and North America…. Instead, Heathrow has been full for a decade and those routes are being handed to our hub rivals in Paris, Frankfurt and Amsterdam. Previous analysis shows our economy is missing out on £14bn a year in lost trade as a result, a figure that’s set to rise to £26bn by 2030.”

He argues that debate is centred around a ‘false choice’ – Heathrow or Gatwick, where in fact both airports have different roles within the UK’s aviation industry. The UK needs extra hub capacity, provided by Heathrow, in order to compete in future international markets.

END_OF_DOCUMENT_TOKEN_TO_BE_REPLACED 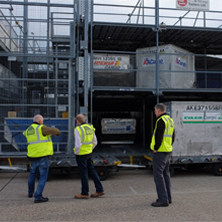 As the UK’s Airports Commission struggles to find a viable option for the much needed growth in the UK’s airports, AiQ Consulting have been finding new ways to tackle the much discussed lack of capacity.

The Airports Commission has ruled out almost all the options to increase UK airport capacity (with the exception of expanding Heathrow and Gatwick). Proposals to expand Luton, Stansted or Birmingham, build new airports at various locations around London, or create an orbital railway have all been dismissed, but what can airports do to ensure their business increases and passengers, airlines, ground handlers and more have an efficient, growing service?

END_OF_DOCUMENT_TOKEN_TO_BE_REPLACED

Although we have had many years experience in the aviation industry, working with airports, airlines and other stakeholders to manage and improve capacity and processes, 2013 was launch year for AiQ. The year we brought all of our skills together into one consultancy that works with our clients to enhance their operation efficiencies, and realise the capacity they didn’t know they had.

This was increasingly important as discussion around airport capacity in the South East and the Davies Commission reached a fever pitch towards the end of the year. As businesses, politicians and the public alike debate what would be the best outcome, the strain on facilities in our airports continues.